Nelson Tasman is home to many of the country’s most innovative artists.

Capital of the Arts

The Nelson and Tasman districts has been home to a great number of artists for many years.

While there are artists all over the district, a drive through the main street of Takaka, a small town in Golden Bay, will give you a taste for just how many artists do reside in the area. Galleries literally line the streets of Takaka. You will also find an extraordinary number of galleries everywhere you travel within the region, with high concentrations of artist studios in Mapua and the Moutere Valley.

The region does not typically host big international artist or musical performances. Instead, the music scene is generally locally produced original music that is typically performed at small venues and cafes. 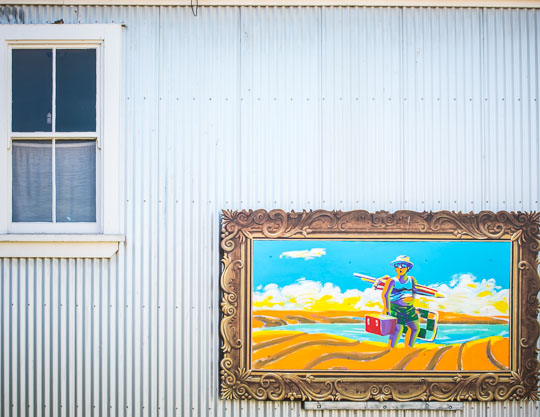 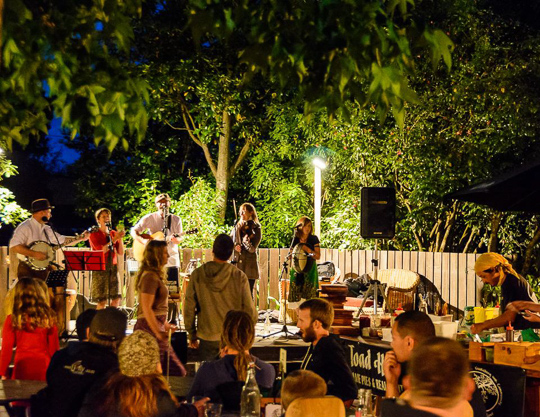 For a few nights around New Year’s Eve each year Riwaka, the village just outside of Motueka, becomes the epicentre of the New Zealand music scene.

This is when NZ music heavyweights such as Shihad, Shapeshifter, the Feelers and the Broods play in Riwaka as part of the annual national summer series tour.  These gigs are staged outdoors at the local Riwaka Rugby Club, drawing in crowds from all over the district to dance, drink and get merry.

The Neudorf Winery in the Moutere Valley also hosts a couple of outdoor gigs each summer.  These are also outdoor concerts, but are more leisurely affairs. Locals bring along their deck chairs to sit and enjoy the music and an evening picnic, along with a few glasses of the outstanding Neudorf wines – the Neudorf Pinot Noirs and Chardonnays are among the best in the entire country.  The vineyard itself is also a lovely setting, so the whole experience is rather wonderful. The bands playing are typically more roots, reggae or folk-based, such as Fat Freddy’s Drop, Fly My Pretties and Bic Runga.

Aside from these major music events during the summer, the local scene is much more organic and is generally played by musicians in small cafes and bars.  If your idea of a good time is a heady mix of original music and craft beer, then you’re in the right part of the world!

The Golden Bear  on the Mapua waterfront regularly hosts live music as does the Mussel Inn in Golden Bay.  Toad Hall, in Motueka, also has a regular series of outdoor gigs over the summer which are hugely popular.

The Moutere Inn, New Zealand’s oldest pub, also hosts regular gigs as well as folk nights during which everybody is encouraged to join in.

If your music tastes are more on the alternative spectrum, then you should head to Marahau, the Abel Tasman Village. Hooked, on the Marahau waterfront is increasingly hosting local and visiting performers.  The Park Cafe in Marahau  has a great open-mic night every Thursday. Tim Wraight hosts some incredible bands at Tim’s  Place beside the Otuwhero Inlet in Marahau over the course of the year.  However, if you struggle with some of Bon Jovi’s ‘heavier’ material, you would probably be better off avoiding the gigs at either of these venues!

The Theatre Royale is the main venue for performing arts in the area.  This includes an extremely regular flow of musical concerts, ballet performances, comedy, plays and just about anything else you can think of!

In October each year, Nelson hosts an amazing Arts Festival.  Artists and performers from all over the country converge on the city, and along with the local arts scene, stage a week-long arts programme.

Light Nelson is another major arts festival, being staged in July each year.  The festival aims to brighten up the winter with an outdoor gallery of brilliant light installations, clustered around various green spaces within the Nelson city centre.  In a collaboration of art, science and technology, over 40 artists let their creativity loose through a range of innovative media.

The Nelson Tasman District’s artist community is perhaps the largest in the country. Some of the paintings, sculptures, pottery, jewelry, glass pieces, woodwork and photographs produced by these artistic types are truly outstanding. Just like the local music scene, most of this art is original, funky and slightly off-beat.

The Suter  is Nelson’s largest art gallery. Along with a succession of outstanding exhibitions, the Suter also has a film cinema and an excellent cafe. The Little Beehive Collective  in Nelson is a good place to head if you want to view or purchase crafts produced by local artists. (It is also my go-to gift store!)

Renowned landscape photographer Craig Potton has a gallery and store in downtown Nelson. His collection includes some amazing photographs of the Abel Tasman. Four outstanding local photographers with strong links to the Abel Tasman and therefore some amazing professional quality images of the Park are Lisa & Andre Ismael,  Ian Trafford  and Oliver Webber. If illustrative art is more your thing, then Marahau local, Mat Tait creates mesmerising original work, much of which focuses on New Zealand’s fascinating folklore.

Mapua, on the coastal road from Nelson to Marahau has some excellent galleries, including the Kereru Gallery  and Forest Fusion Functional Art . The work of local artists also feature heavily in the gift shops on the Mapua Wharf.

The Moutere Valley, located up the inland road when driving from Nelson to Marahau also has a wonderful collection of high quality studios and galleries including the shared Katie Gold and Owen Bartlett studio. In the same area is the Skunk+Robot Design Studio, Woods & Co Gallery and Michael MacMillian’s studio.

Just before you enter the Marahau Village, on the edge of the Otuwhero Estuary, you will find Tim Wraight’s studio where he showcase his amazing sculptures.

As mentioned, the main street of Takaka is lined with art galleries displaying and selling the work of local artists. However, the whole of Golden Bay is full of small galleries and artist studios featuring artwork that will blow your mind not your travel budget!

Glass blowing is also prevalent in the region with small and large studios around the region. Perhaps the most well known of which would be Höglund Art Glass , located just out of Richmond. 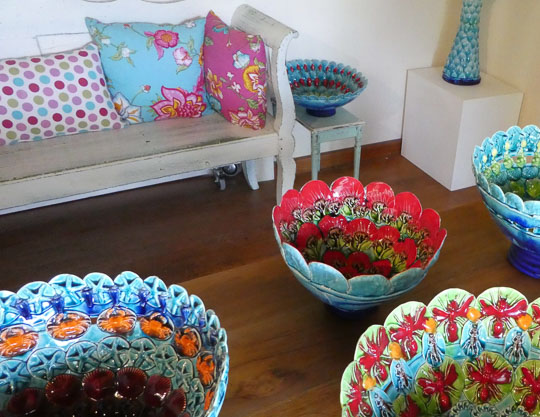