With stunning raw ingredients to work with, local chefs create some of the freshest, most fantastic fare you’ll find anywhere in the world.

Nelson Tasman is one of the country’s major food producing areas with New Zealand’s highest rates of sunshine each year and some of our most fertile soil.

One first things you will notice as you travel around the district will be the number and sheer scale of the orchards and vineyards. This means local chefs and artisan food producers have the very best, freshest raw ingredients to work with. It is not by accident that Nelson is the home base of some of New Zealand’s largest seafood companies including the locally owned Talleys Group. The fishing boats operating out of Port Nelson and Port Motueka supply a steady supply of local finfish, shellfish, crayfish and just about every other type of seafood.

With large influxes of immigrants from overseas over many decades, particularly from mainland Europe, these new arrivals brought with them espresso machines, baking techniques, alfresco dining habits and a continental café culture. The region is also full of wonderful waterfront locations that provide the perfect setting in which to enjoy this outstanding cuisine. In combination, these factors provide some of the best, most inspiring dining experiences you could imagine. 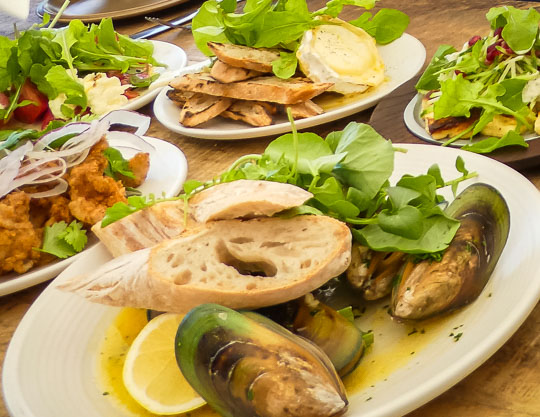 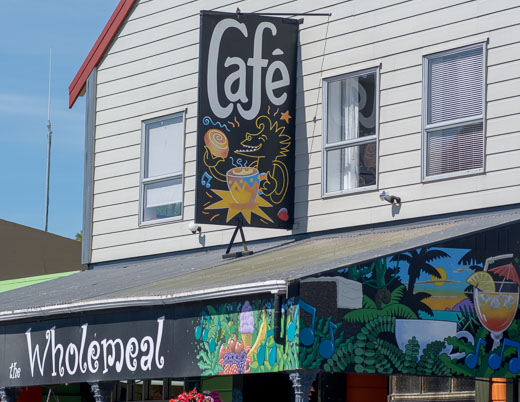 There has been an amazing proliferation of artisan food producers through the area over the past ten or so years. With incredible local ingredients, boutique food producers are crafting great tasting, and often unique artisan foods.

Wangapeka Dairy and Neudorf Dairy are two of the outstanding local cheeseries, located a short drive apart in Appleby and Upper Moutere respectively. Neudorf Dairy’s cheeses and the amazing preserves produced by Moutere Gold, are available from The Old Post Office Country Store right in the middle of the Upper Moutere village.

If seafood is your thing, then check out The Mapua Smokehouse on the Mapua Wharf. The Smokehouse hand-smokes premium seafood in small batches using traditional brick kilns and New Zealand manuka shavings. The Smokehouse’s creations are 100% natural and preservative free. They are also delicious! Talley’s have a small shop at the gate of their Motueka Wharf head office where you can buy fresh seafood just off the fishing boats.

A good number of the smaller, artisan food producers have stalls at the region’s two major markets, Nelson’s Saturday market  and the Motueka Sunday market . In addition to the locally produced cheeses, cured meats, traditional Kiwi sweets, fresh produce, fruit etc. etc. is a fantastic range of take-away foods in just about every style you can imagine. Many of these places take the artisan food to a whole new level! Taking the best local ingredients and preparing them in styles from other countries such as Thailand, Argentina and Germany can create something rather magical. Just a few examples are Bratwurst with spicy onion in a bun, Argentinian-style steak sandwiches, fried Maori bread, whitebait sandwiches….

Fruit and vegetables are available all over the region, all year round. Much of this produce is sold directly from the farm gates, or from the growers themselves at the local markets. As you travel around the region you won’t help but notice the farm gate stalls, most of which operate with honesty boxes. When berries are in season, the pick your own (PYO) concept is a super cool activity. You’re armed with a container, and then you wander up and down the rows picking as many strawberries, raspberries or boysenberries as you want to buy.

Nelson and every single area around the region feature a staggering number of fantastic cafes and restaurants, many of which are located along the various waterfront areas. Our pick of the top eateries which make best use of our outstanding local produce are listed below:

Hooked is located in Marahau, the Abel Tasman Village, right on the waterfront. With stunning views down the Astrolabe Roadstead at southern end of the Abel Tasman, the fare is fresh, local and simple.

The Dangerous Kitchen right in the middle of Takaka is always good for true kiwi style pastas, salads, gourmet pizzas and sharing platters.

The Boat Shed Cafe has two restaurants with roughly the same sensational, sharing-plate based menus. The original restaurant is located on the Nelson waterfront while the other is nestled on the equally impressive Mapua waterfront.

Also on the Mapua Wharf, again in picture-perfect spots, you’ll find the Apple Shed  and the Jelly Fish.

In days gone by, Motueka has been somewhat under represented on the local gastro scene, although Toad Hall has always been good. However, the Motueka dining scene is changing radically with a new crowd of talented restaurateurs setting up places such as The Smoking Barrel . 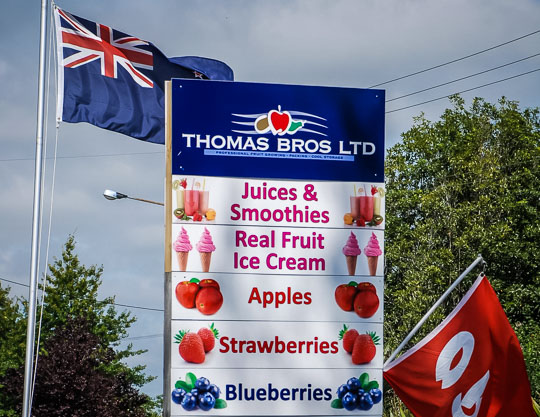 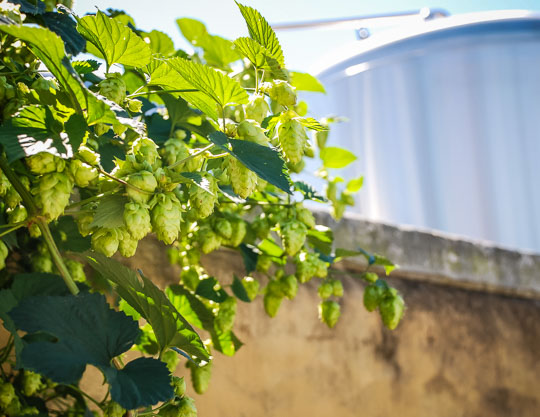 Motueka and Riwaka have been New Zealand’s primary growing area for the hops used to brew beer for many years. It makes sense then, that in recent times, a bunch of high quality craft brewers have been established. Sprig and Fern make a wide variety of beers and have several pubs around the district. Hop Federation with it’s tasting room and brewery located on Main Road Riwaka, produces some of the best beers known to humankind. In fact, if you can find a better pale ale anywhere in the world could I kindly request that you contact me directly?

‘Beer is the new wine’, as the saying goes. Instead of drinking your favourite brew wherever you go, beer drinkers are sampling a wide variety of different styles and varieties of beer in the same way people have sampled wine in the past.

If you’re in the area after the hops have been harvested for the season, which is in about March, some of the craft brewers will do limited edition brews using those fresh hops. These beers taste unlike anything you will tried before. They are crisp, hoppy, fresh and will rock your world.

Over the past ten years the vineyards in the Nelson Tasman District have moved out of the shadow of Marlborough, our better known neighbouring wine region. While Marlborough Sauvignon Blanc is still considered the benchmark by many wine drinkers around the world, our white wines are at least on par and our red wines are arguably superior. (Yes, I fully realise that comment will probably cause no end of hate to rain down on me from the Marlborough area).

The Nelson Tasman District has more than 25 wineries, many of which have cellar doors and on-site restaurants. Sauvignon Blanc, Pinot Gris and Pinot Noir are the predominant varieties although there are also several other varieties being used.

If forced to chose our top two regional favourites, then I would go with Neudorf and Blackenbrook.

There is a full listing of local wineries here: http://winenelson.co.nz/ 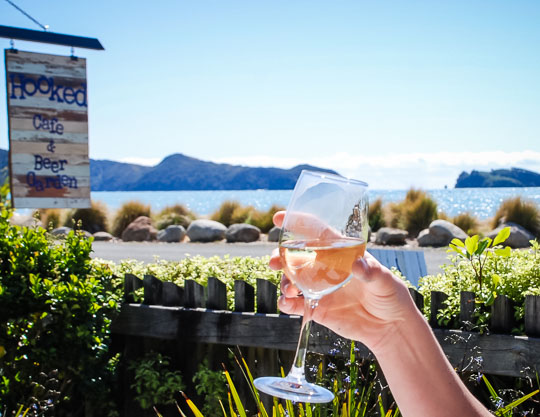